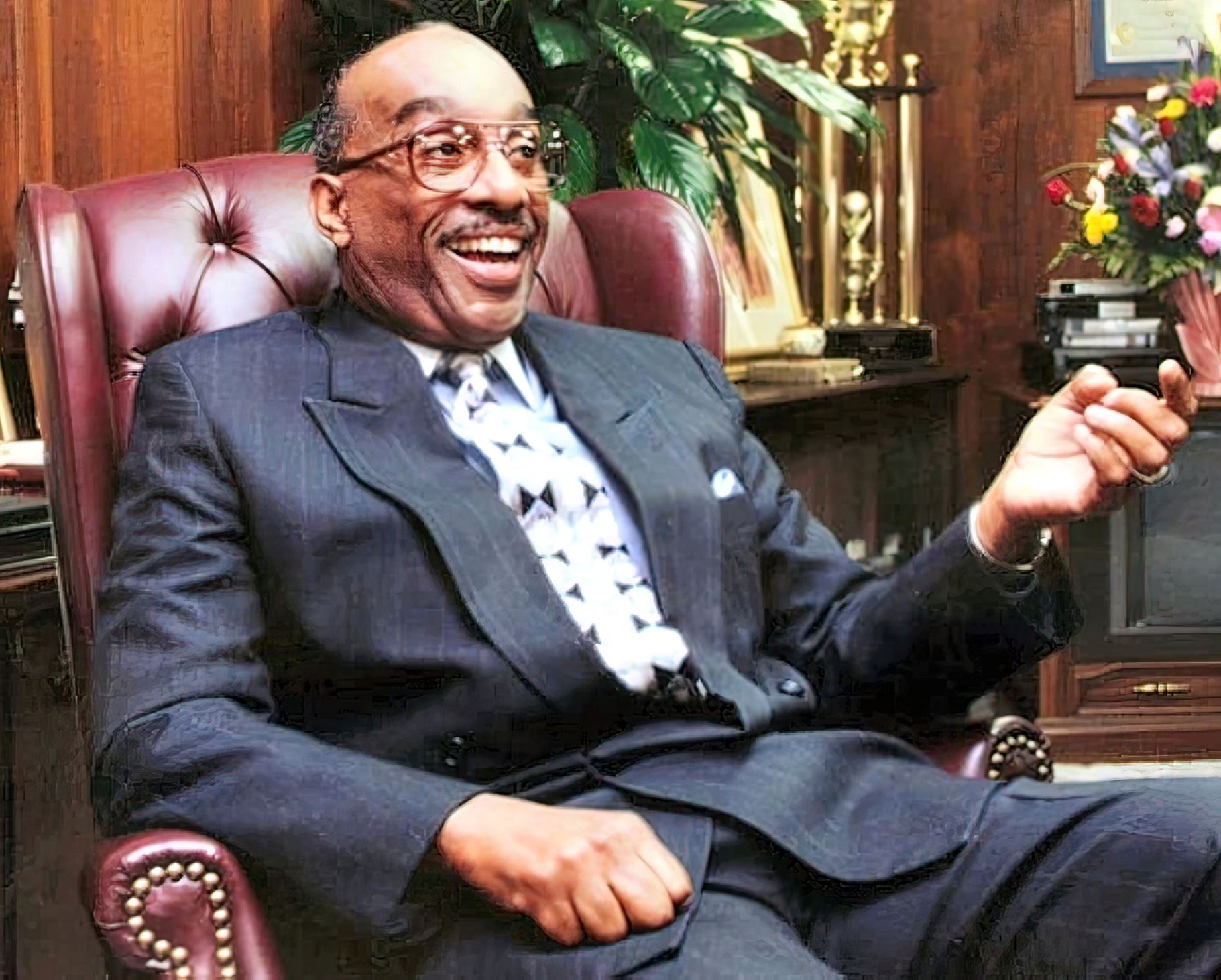 Oswald P. Bronson Sr., Ph.D., an alumnus of Bethune-Cookman College, served as the institution’s president for 29 years – from March 18, 1975 until 2004 when he was named president emeritus.

Commitment to academic excellence was the cornerstone of his presidency. Under his leadership, major fields of study increased from 12 to 37. In addition, seven continuing education centers for students began operating throughout the state. Dr. Bronson also spearheaded investments in faculty development, student achievement and retention. While maintaining accreditation by SACS, Florida State Board of Education, and The University Senate of The United Methodist Church Board of Higher Education, the college added new accreditations in the Nursing and the Teacher Education programs.

He also presided over tremendous growth of the institution’s physical plant, budget and endowment. Fifteen new buildings were constructed under his Administration, most notably the 2,500 seat Mary McLeod Bethune Performing Arts Center. The institution’s annual budget grew from $6.2 million in 1975 to $51.4 million in 2003, and the endowment surged from $1.2 million to $26.5 million in the same time period. 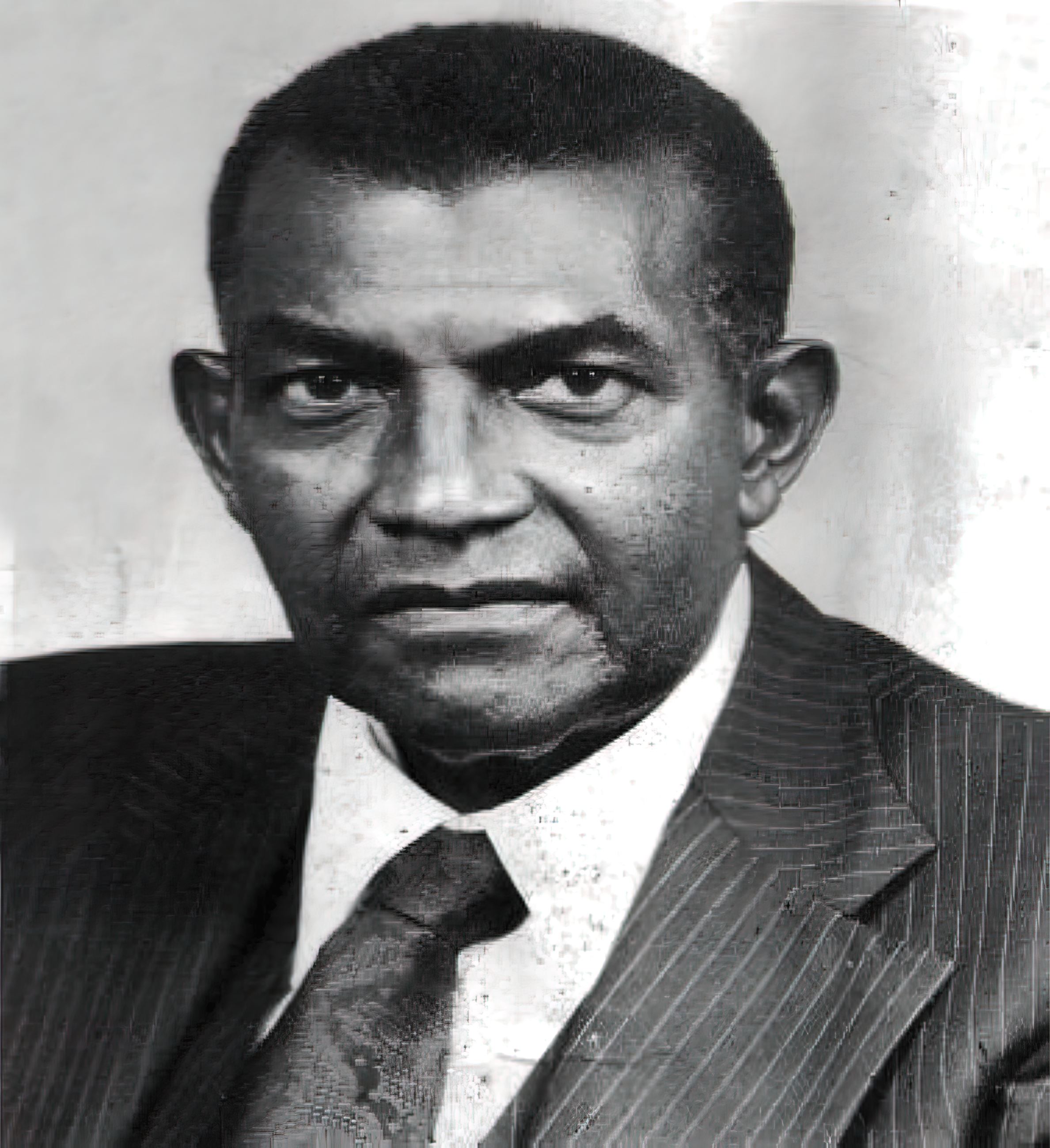 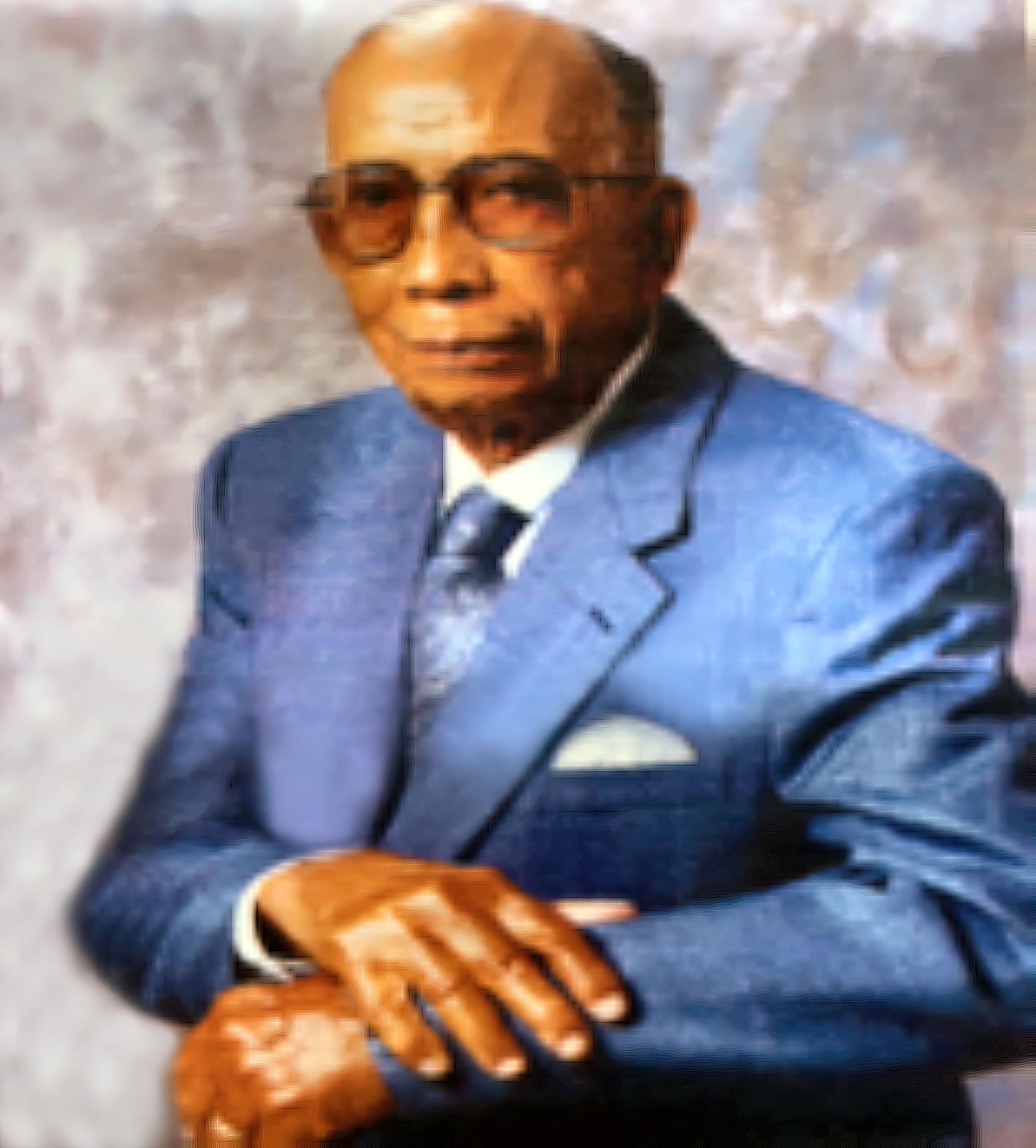 George W. Engram Sr. was born in 1913 in Montezuma, Georgia. After earning a degree in electrical engineering at Tuskegee Institute (University), he moved to Daytona Beach in 1935 where he founded Engram Electric Company. He also was responsible for the first Black business incubator and was a founding member of the Westside Business Association. In 1948 he ran for the Daytona Beach City Commission. In the 1940s and 1950s, he helped find investors to purchase 2 ½ miles of oceanfront property south of New Smyrna Beach. Engram was general manager and executive vice president of a project to turn the area into a full community and resort area for African Americans. It became Bethune Beach in 1945.

Bethune Beach became an integrated area, and in later years was remembered as a unique experiment in Black capitalism. Two streets in Daytona Beach were named in his honor and Engram helped carry the torch for the 1996 Olympic Games, George W. Engram died in 1998.

He was the first President of the Volusia County Daytona Beach Branch of the NAACP. 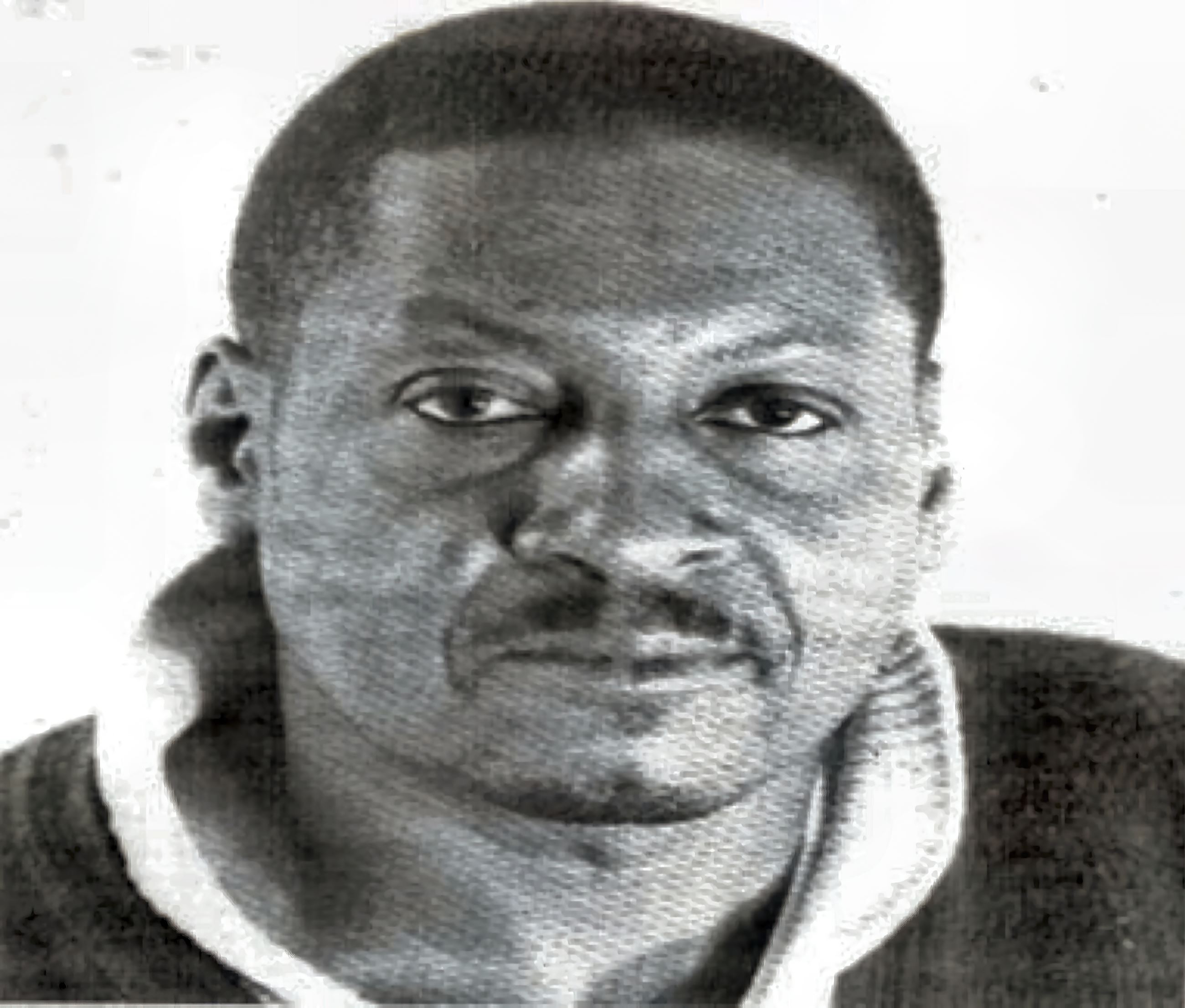 Theodore Roosevelt “Chief” Faircloth was born March 5, 1912. He was a native of Daytona Beach, and a graduate of Florida A&M University. He was a member of the Kappa Alpha Psi, Fraternity, Inc, and a star football player on the campus of Florida A&M. He was named the first football captain in the history of Florida A&M football and was recently recognized during halftime of the Florida A&M vs. Bethune Cookman Classic. He was also named as the very first classic football captain of this historical series between Florida A&M and Bethune Cookman. In speaking with the late Dr. Richard V. Moore’s wife, his FAMU classmate, she said Chief was a ladies’ man and the most popular student on Florida A&M’s campus.

He was a World War II veteran, where he served honorably. He returned to Daytona Beach after his tour of duty. He was a no-nonsense disciplinarian, with a work ethic that’s unmatched even until this day. As the head football and basketball coach a Campbell High School (the Centipedes), he introduced a militarized physical workout regimen for his players and students that separated him from rival high schools. He coached for nearly 30 years before full-racial integration in the 1960s. During the integration process, many black educators and campus leaders were demoted to make way for white teachers and coaches. Chief refused a demotion, and he took a post over at Campbell 7th Grade Center, as a health and physical education teacher. His passion, dedication and committee academic and athletic excellence never wavered. During the 1950s, 60s, 70s, and 80s he was perhaps the most popular figure in Daytona Beach. He is a true legend, and he should have been inducted into the Florida Athletic Coaches Hall of Fame. 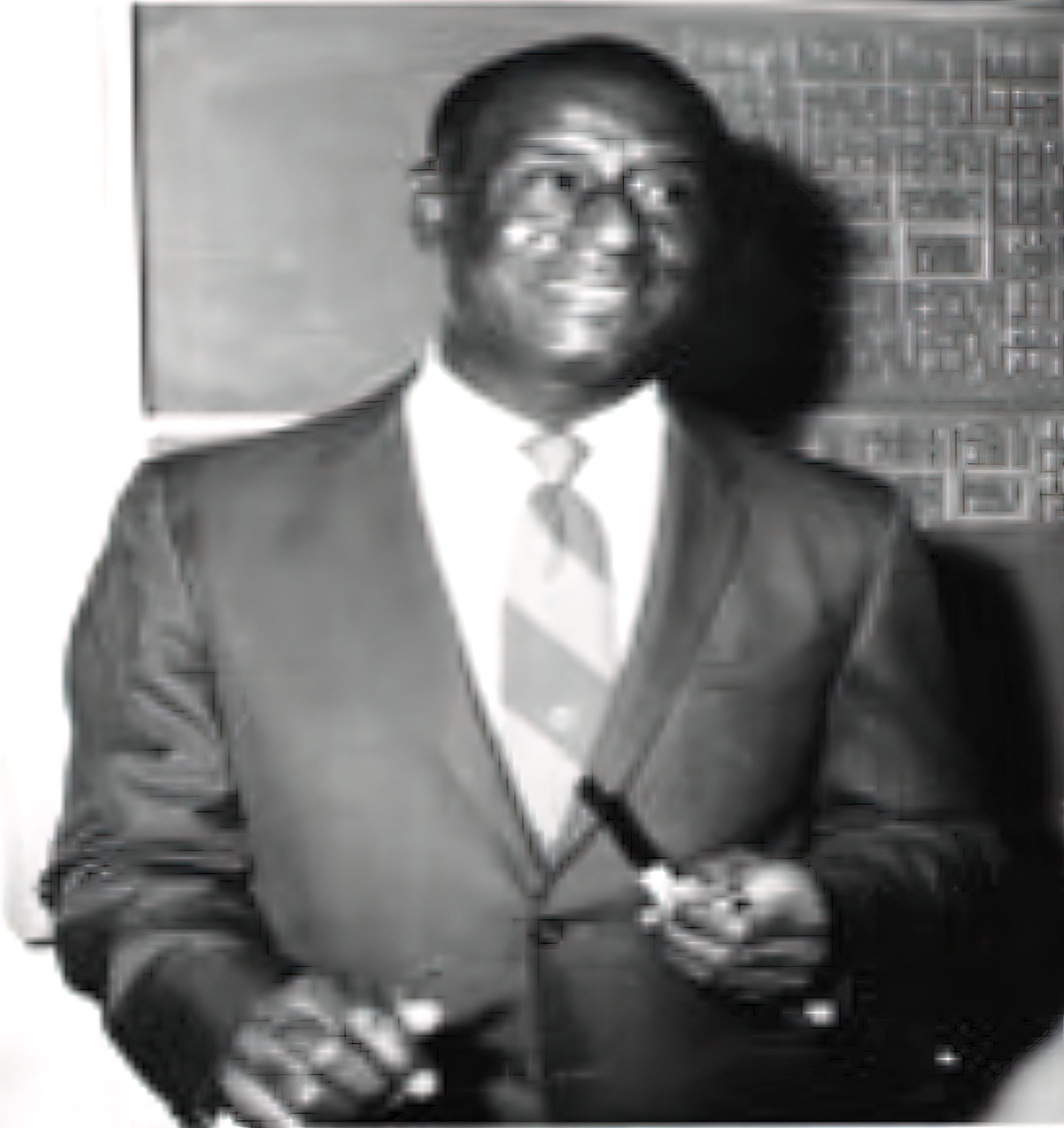 In the early 1940s Bert Bethune, son of the legendary Dr. Mary McLeod Bethune, founded the Bethune Funeral Home, which was at that time located on the corner of Lincoln Street and Mary McLeod Bethune Blvd. Dr. Rabie Gainous Jr., a science professor at Bethune-Cookman College, wanted to expand his career to include mortuary science.

"As we therefore have opportunity, let us do good to all men, especially to those who are of the household of faith" is the chosen scripture for the RJ Gainous Funeral Home. 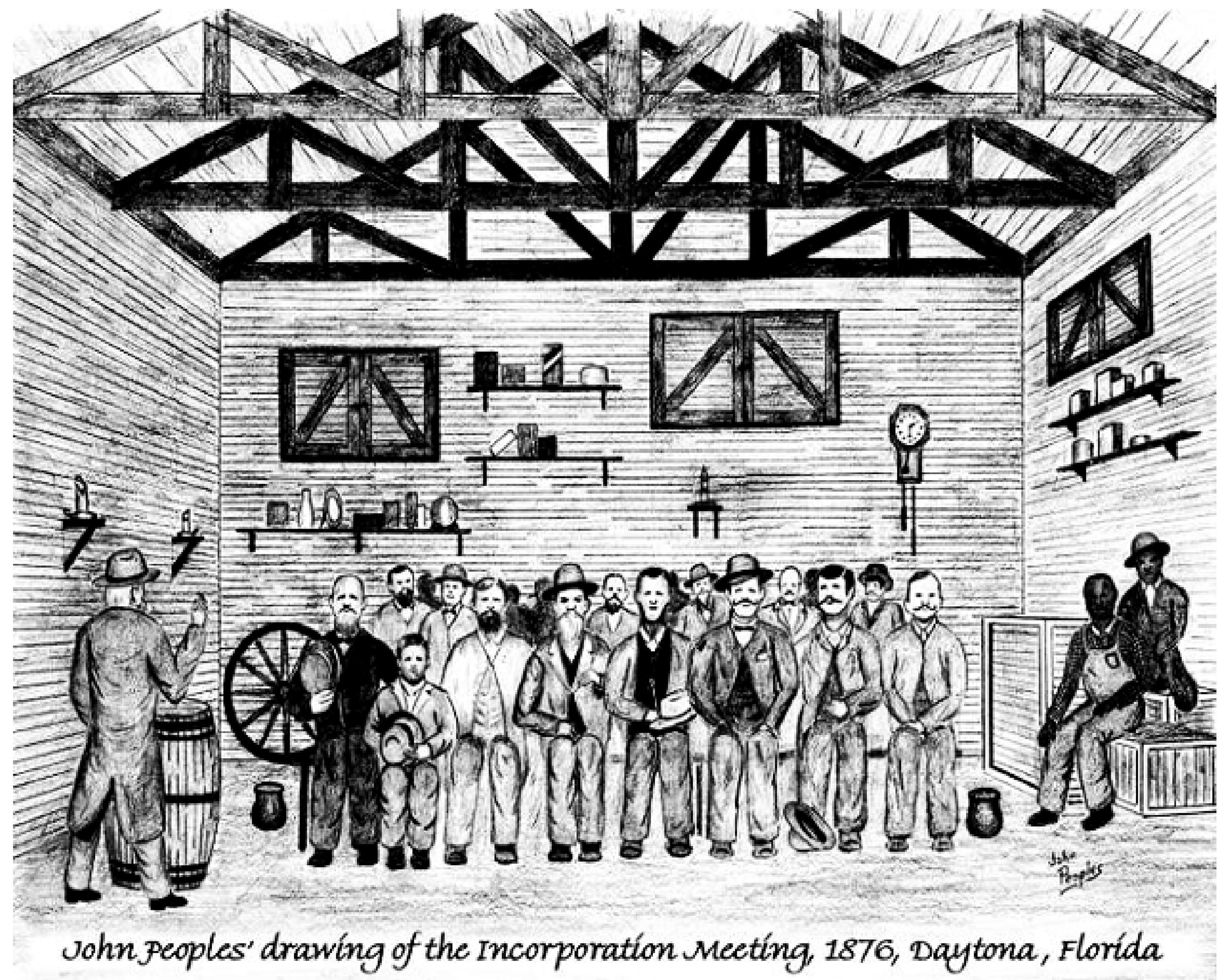 Among the town’s earliest residents, Tolliver and Gooden were two of the 26 citizens who voted to incorporate the town of Daytona in 1876. Tolliver was particularly important to old Daytona’s development. 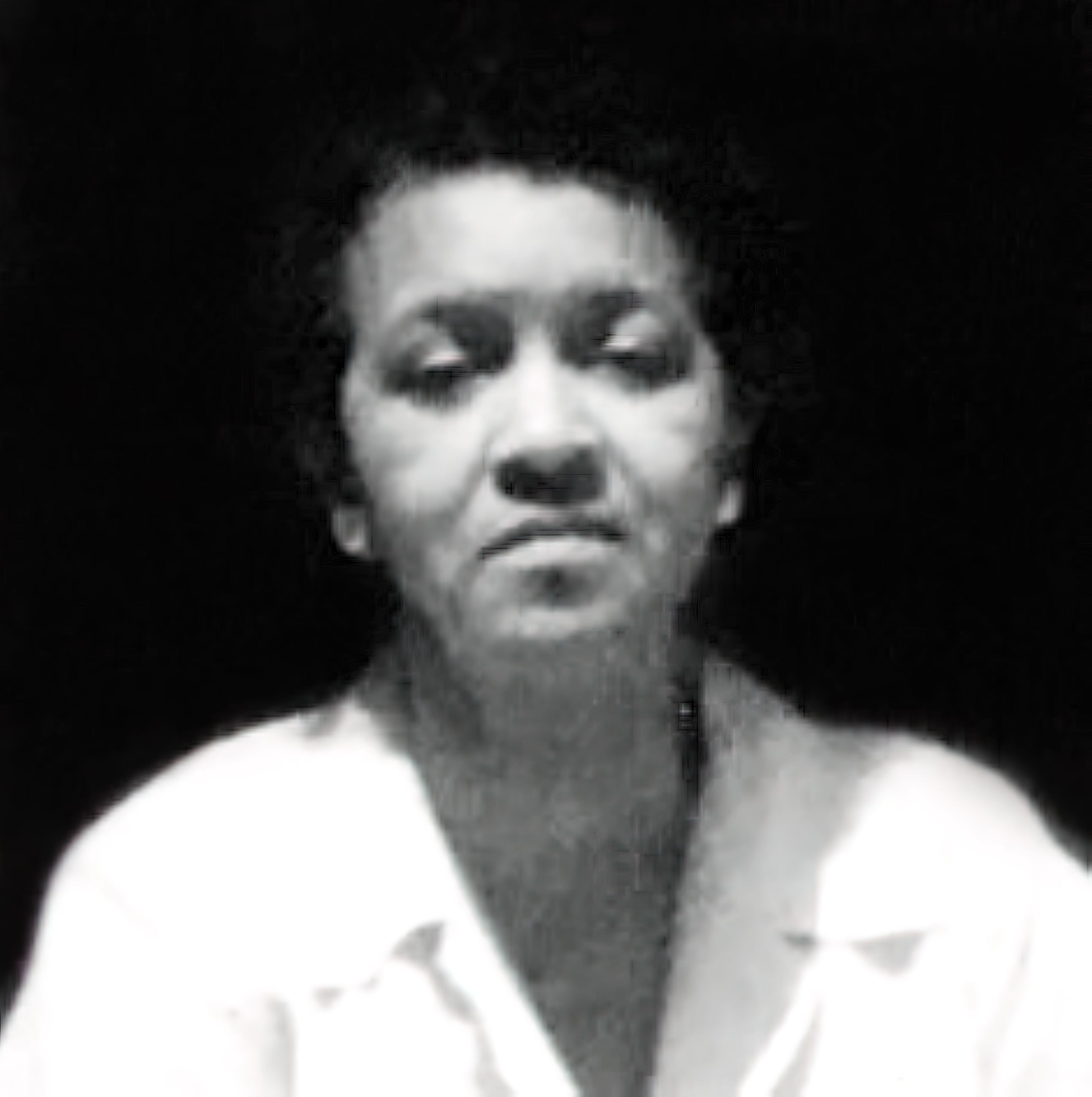 Dufferin Barnard Harris, who was known to friends as simply "Duff," was a native of Chattanooga, Tennessee. She graduated from Spelman College in Atlanta with a degree in English and a master's degree in English from New York University.

After some public-school teaching here, including teaching English at Campbell Street School, she joined the staff of the Daytona Beach News-Journal as their first black reporter. She worked at the newspaper in the 1940s and 1950s writing and editing news of the black community. 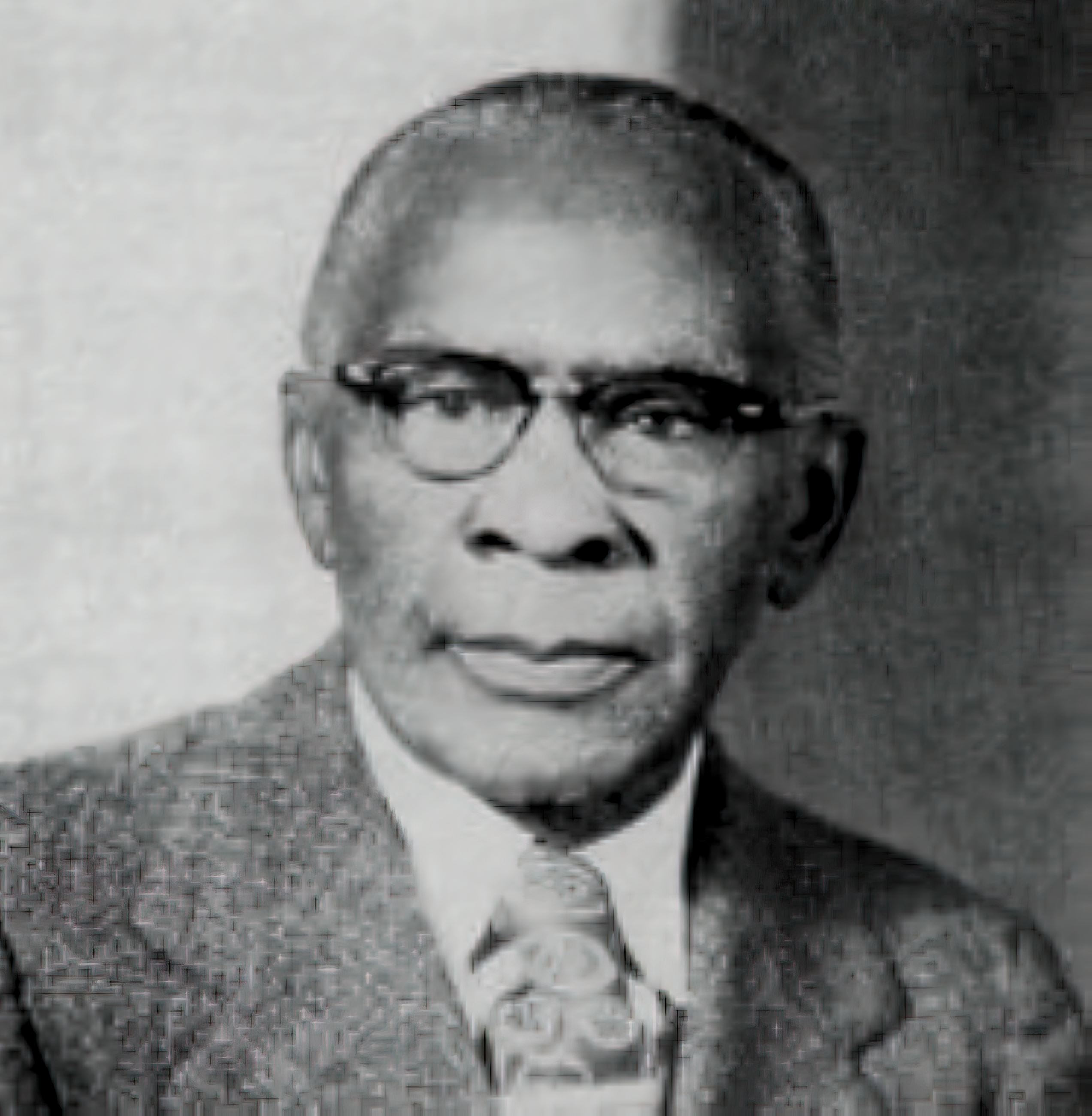 Joseph Harris was a prominent Black civil rights leader, politician, activist and entrepreneur during the 1920s through the 1950s. He was Mayor Edward Armstrong’s right-hand man in the African-American community. Today’s Joe Harris Park, 315 Pearl Street, is named after him. 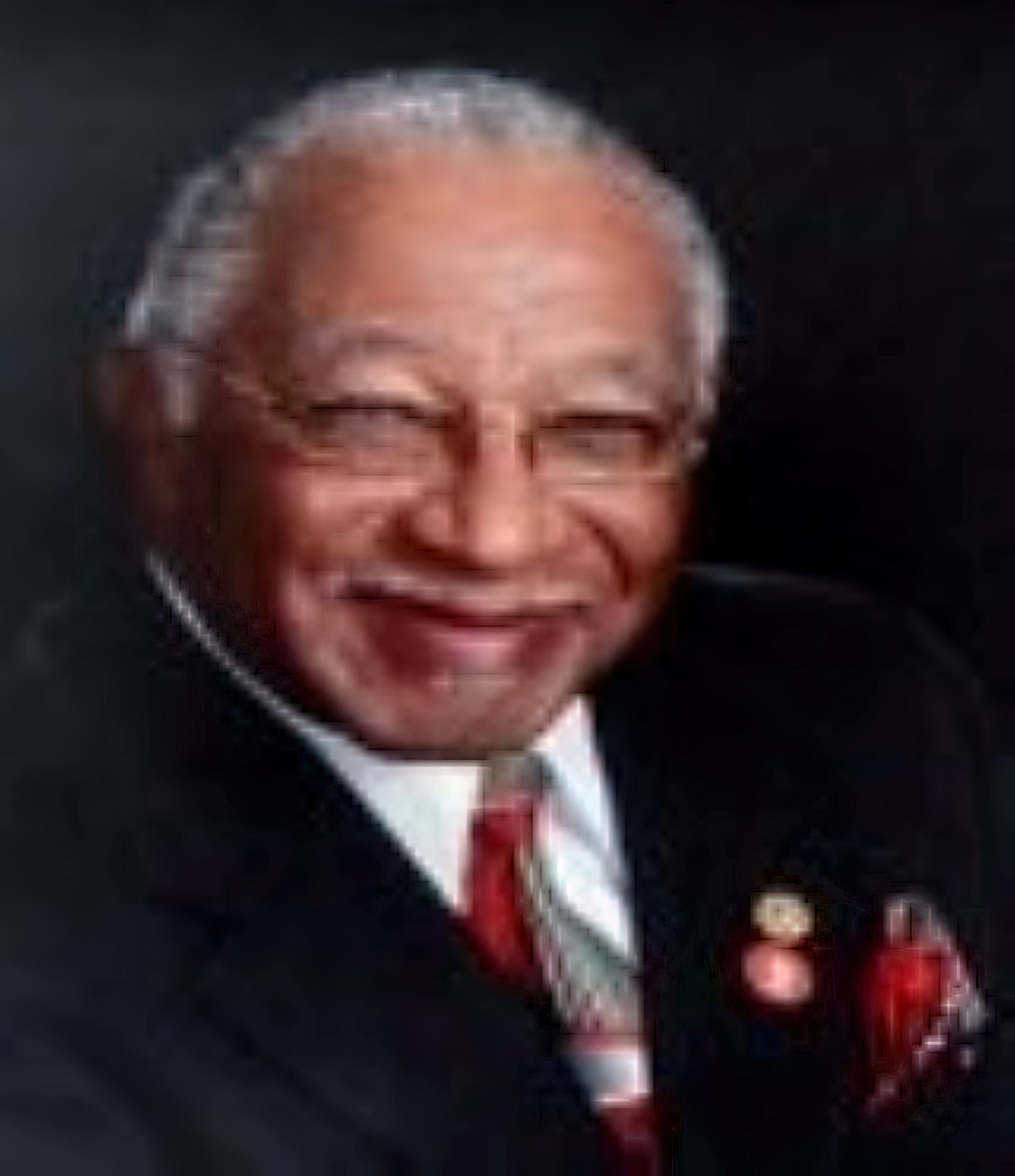 Edward H. Hayes, Jr. graduated from St. Petersburg’s Gibbs High School in 1953 and attended historic Bethune-Cookman College (now University) where he earned his bachelor’s degree in music in 1957. He began his professional career as band director at Chisholm High School in New Smyrna Beach, Florida, in 1957. In 1969, he transferred to New Smyrna Beach prior to moving to Spruce Creek High School in 1975 where he served as department chair for driver’s education.

He retired from education in 1997. In addition to his career in education, Hayes had interests in business and music. Hayes was the proprietor of Creamy’s Bar-B-Que for more than 25 years. As a professional saxophonist, Hayes led bands and performed in local venues. 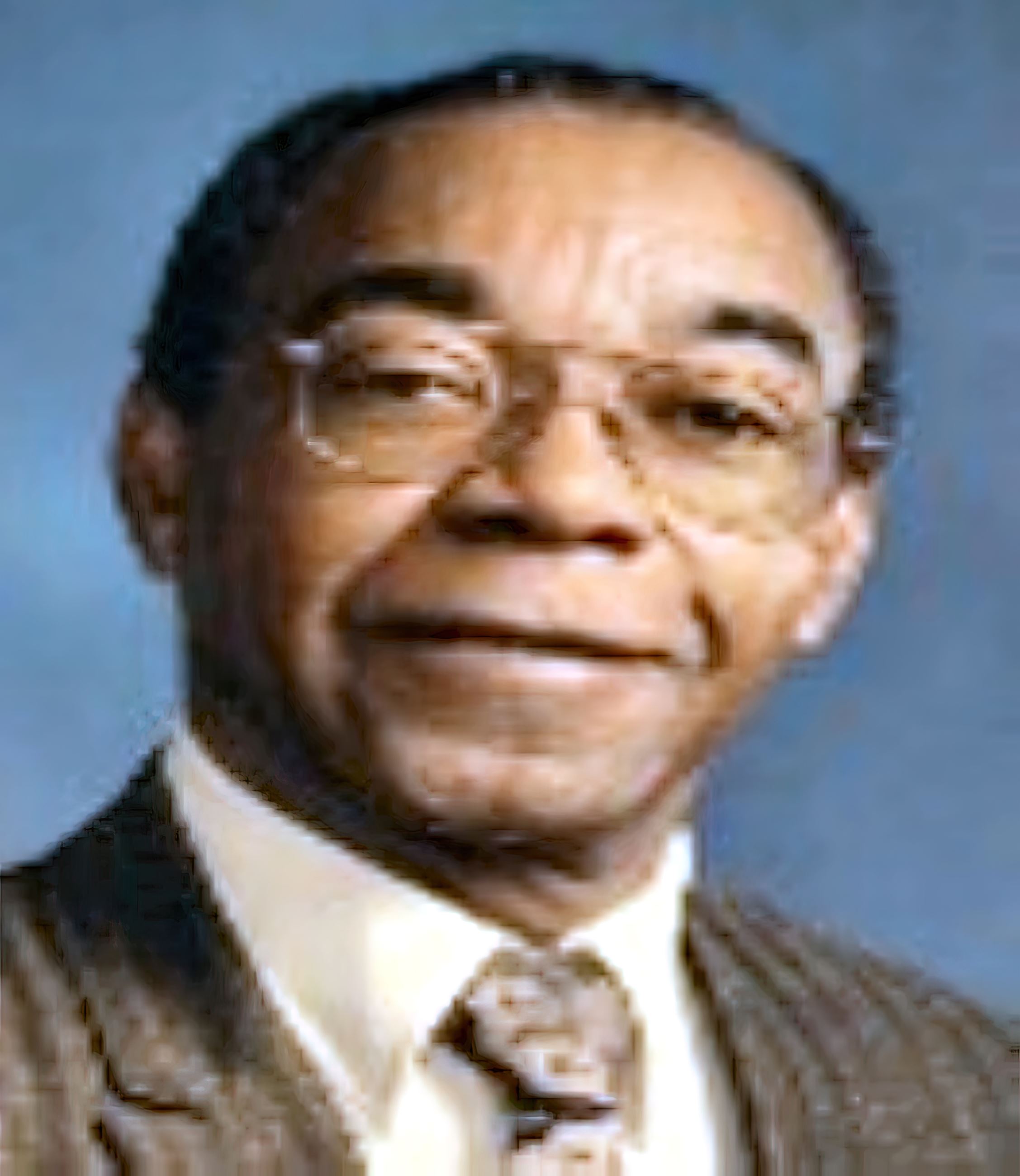 Dr. Charles M. Hendricks was from Burlington, Iowa, but spent a large portion of his adult life in Daytona Beach.

He applied and was accepted on a five-year school-work plan at Tuskegee Institute then he went on to receive his Bachelor of Science in Pharmacy from Howard University in 1948. He was accepted and graduated from Meharry Medical School in 1956, completed his medical internship at Saint Margaret Hospital in Hammond, Indiana, and residency training in Obstetrics and Gynecology at Kansas City General Hospital in Kansas City, Missouri. Dr. Hendricks' hospital affiliations included Halifax Hospital Medical Center, Daytona Community Hospital and Human Hospital of Daytona Beach. Most of his clinical work was done at Halifax Medical Center where he served as Chief of Obstetrics and Gynecology Service and was a Senior Staff Physician.

Dr. Hendricks served on several committees including Executive Committee, Credential Committee, Post Graduate Medical Education, and Infection Control Committee. He also received several awards including the President's Award-Meharry Medical College for 25 years of Service to Mankind, Halifax Medical Center for 25 years of Dedicated Service as a member of the medical staff, and several civic awards including Distinguished Service Award, Outstanding Service and Meritorious Service. Dr. Hendricks was an active member of Mount Bethel Institutional Baptist Church, and he and his family belonged to the Tribe of Reuben. He was also a member of Omicron Omicron Chapter of Omega Psi Phi Fraternity, Inc. where he served as Keeper of Finance, and served in other medical societies. 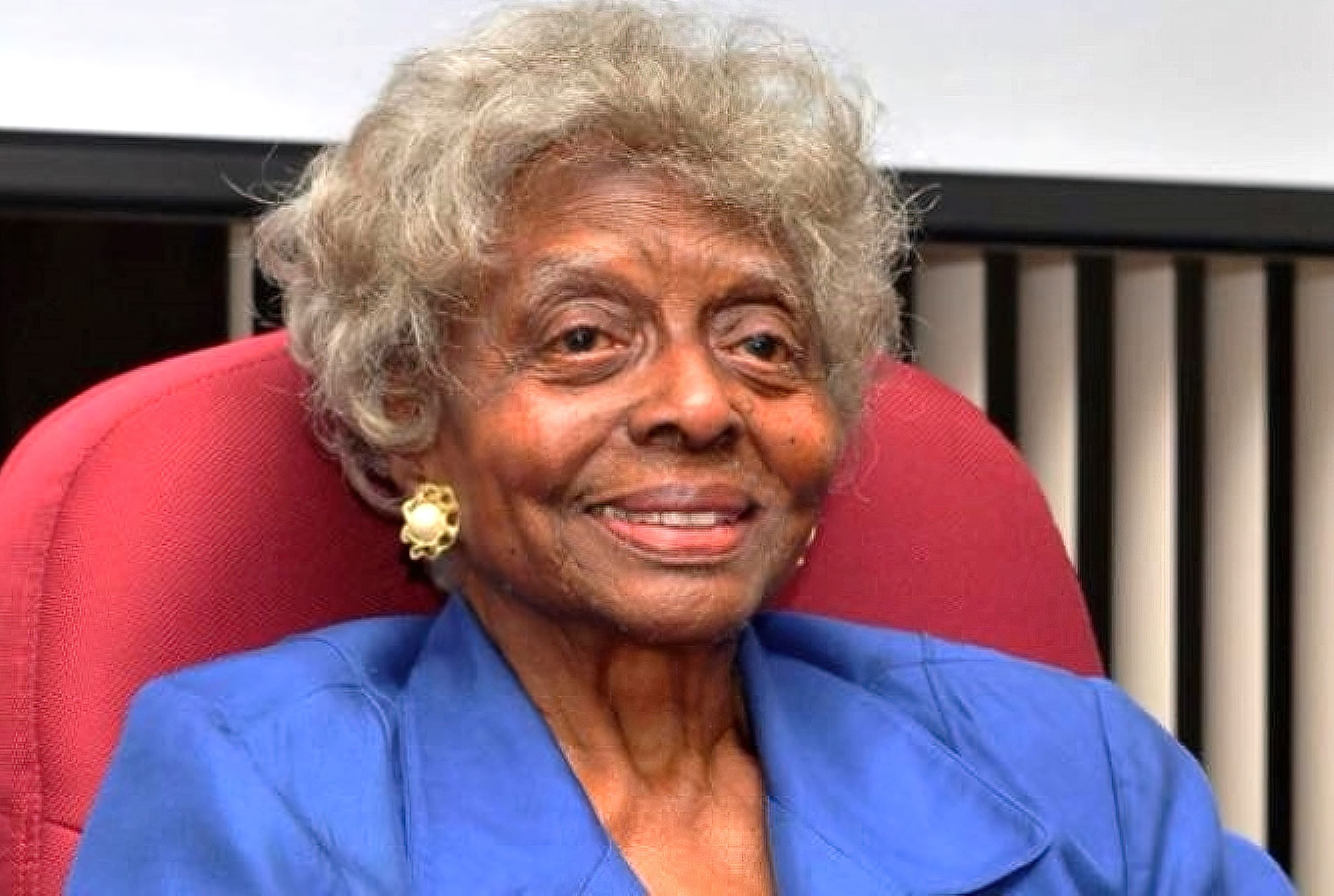 Cleo Mildred Surry was born August 25, 1923, in Memphis, Tennessee. She grew up and attended elementary and high school in Arkansas and Illinois. After graduating from DuSable High School in Chicago as the class salutatorian in 1940, she went on to continue her education at LeMoyne College in Memphis, Tennessee, on a four-year, full-tuition scholarship. In 1944, she earned her bachelor’s degree in English graduating with highest honors. During her senior year, Dr. Higgins was sent to Fressenden Academy (Martin, Florida) to be a social science instructor.

After earning her Ph. M. degree in English from the University of Wisconsin at Madison in 1945, she returned to Florida to become an English instructor at Bethune–Cookman College. She held the position of Chairman of the English Department from 1946-1948. In 1948, she became the Chairman of the Division of Humanities; she would go on to hold this position until 1956. Dr. Higgins retired in 1988 after 43 years of educational endeavors; five university fellowships, four university scholarships, eight years of academic division leadership, and ten years of administrative leadership as Vice President for Academic Affairs/Dean of the Faculty at Bethune–Cookman College. Although retired, Dr. Higgins continued to teach part time and volunteer in Daytona Beach schools, local communities and churches, and penal institutions. 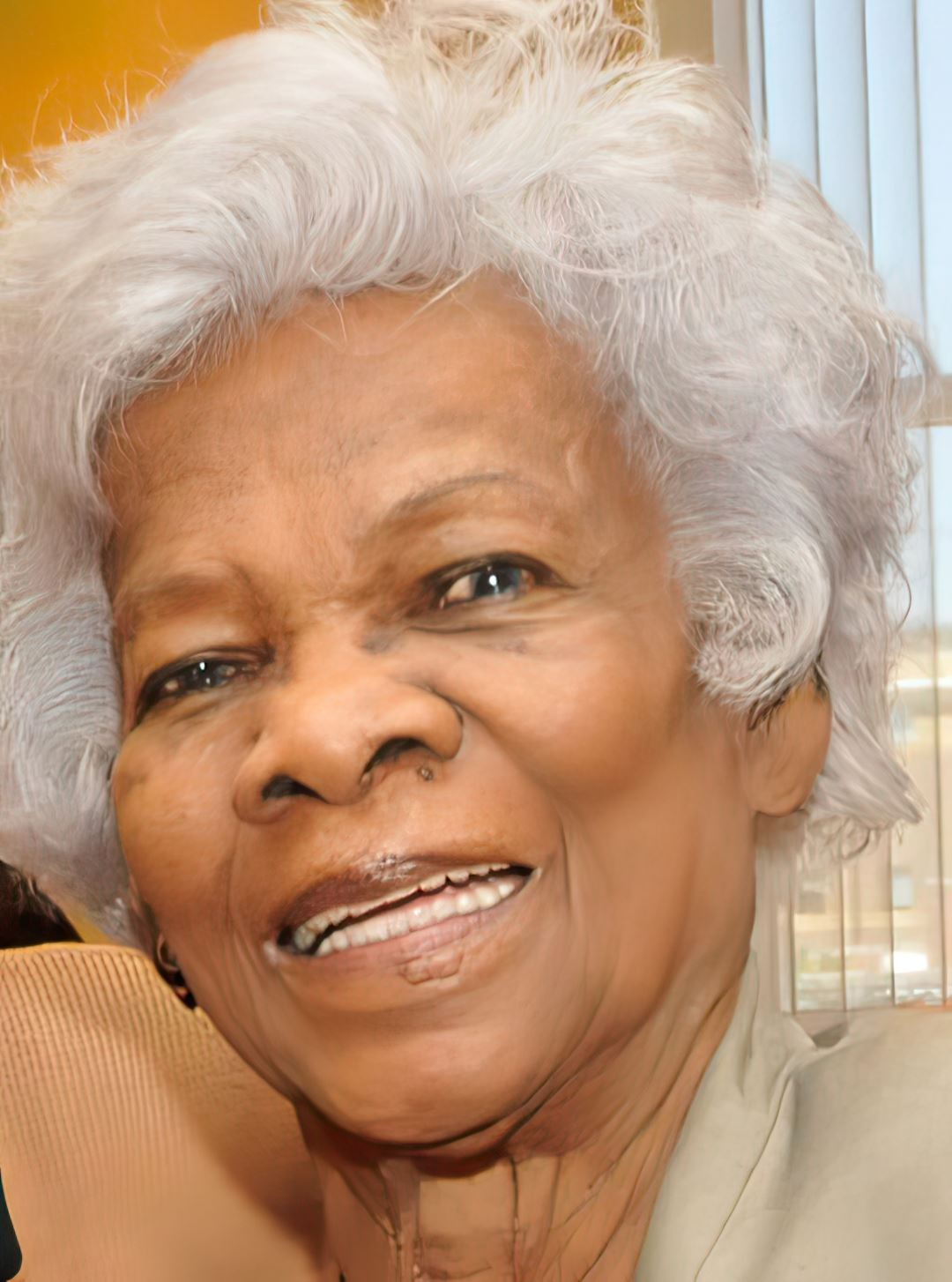 Senorita Locklear served as one of Dr. Mary McLeod Bethune’s secretaries before becoming her private secretary in April of 1955. During her time as Bethune’s private secretary, Locklear believed that Bethune had a premonition of her death because of three things Bethune did. First, on May 18, Bethune asked her if she was now familiar enough and if she could trust her. Locklear replied, “Well, I think so,” to which Bethune said, “Well good, because I’m going to be depending on you.” Locklear was promoted to be Bethune’s private and business secretary. Secondly, Mrs. Bethune directed her to get Bethune’s will (previously dictated to a local lawyer Mr. William M. Cobb who started his business in 1925) so that she could make some changes and resign it. At that very moment Mrs. Bethune felt some pain and followed Locklear’s advice “to walk it off” in hopes the pain would go away. Mrs. Bethune had made some changes to the will, but never signed it before telling Mrs. Locklear to put the will back in the safe. Thirdly Mrs. Bethune had her read aloud the Rackman Holt biography (Doubleday Publishing) Locklear read aloud the whole thing until eventually Mary Divers, Bethune’s mentee, came in to take over for her. All three things happened May 18, the day of Bethune’s passing. Locklear recalled that Bethune’s last words to her were “I will see you in the morning.” On her way home, Locklear rushed back to campus upon hearing the loud ringing of the school bell. Mary McLeod Bethune had passed away. 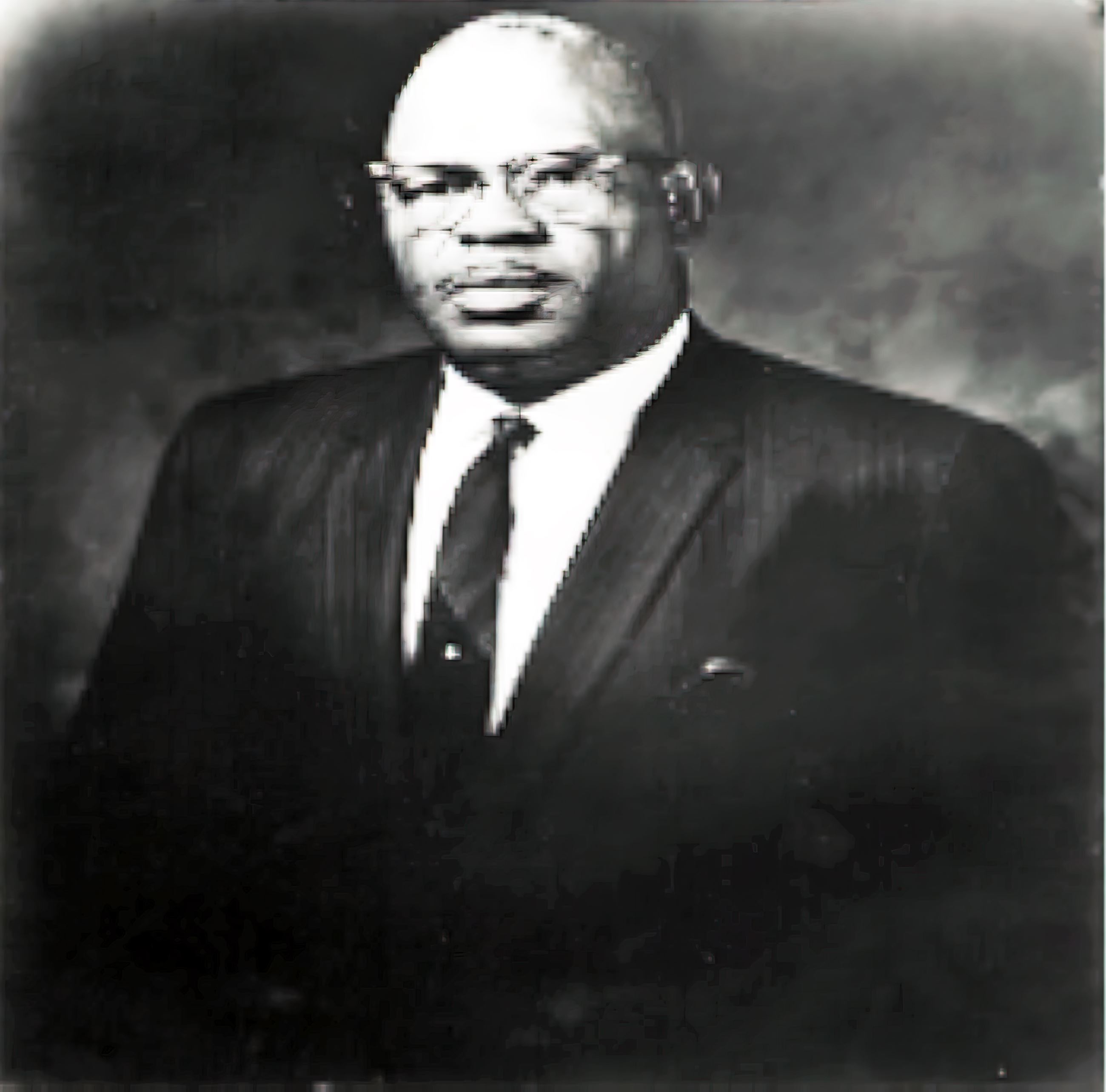 Rev. Rudolph G. Matthews grew up in Lakeland, Florida. He was born in Neeses, South Carolina, to Walter and Ethel Matthews. He was the second oldest child among three sisters, Alberta Matthews Kendly, Ruth Matthews Bird and Doris Matthews Hernandez. He was a devoted husband to his wife Chequita and father to daughter Tanya. In high school, he was a star football player. In 1937, he received an associate’s degree from Bethune-Cookman College, a bachelor’s degree in English literature with a minor in French, from Morehouse College in Atlanta, Georgia and a master’s degree in physical education from Columbia University in New York City. Throughout his career, he was a teacher in

Georgia, a head coach at Edward Waters College in Jacksonville, Florida; he served in the European Theater of Operation during World War II and was honorably discharged with the rank of Master Sergeant. From 1946-1962, he served as athletic director and coach of the Bethune-Cookman College’s Wildcats’ football and basketball teams. From 1957-1976 he served as Assistant Professor of Health and Physical Education. 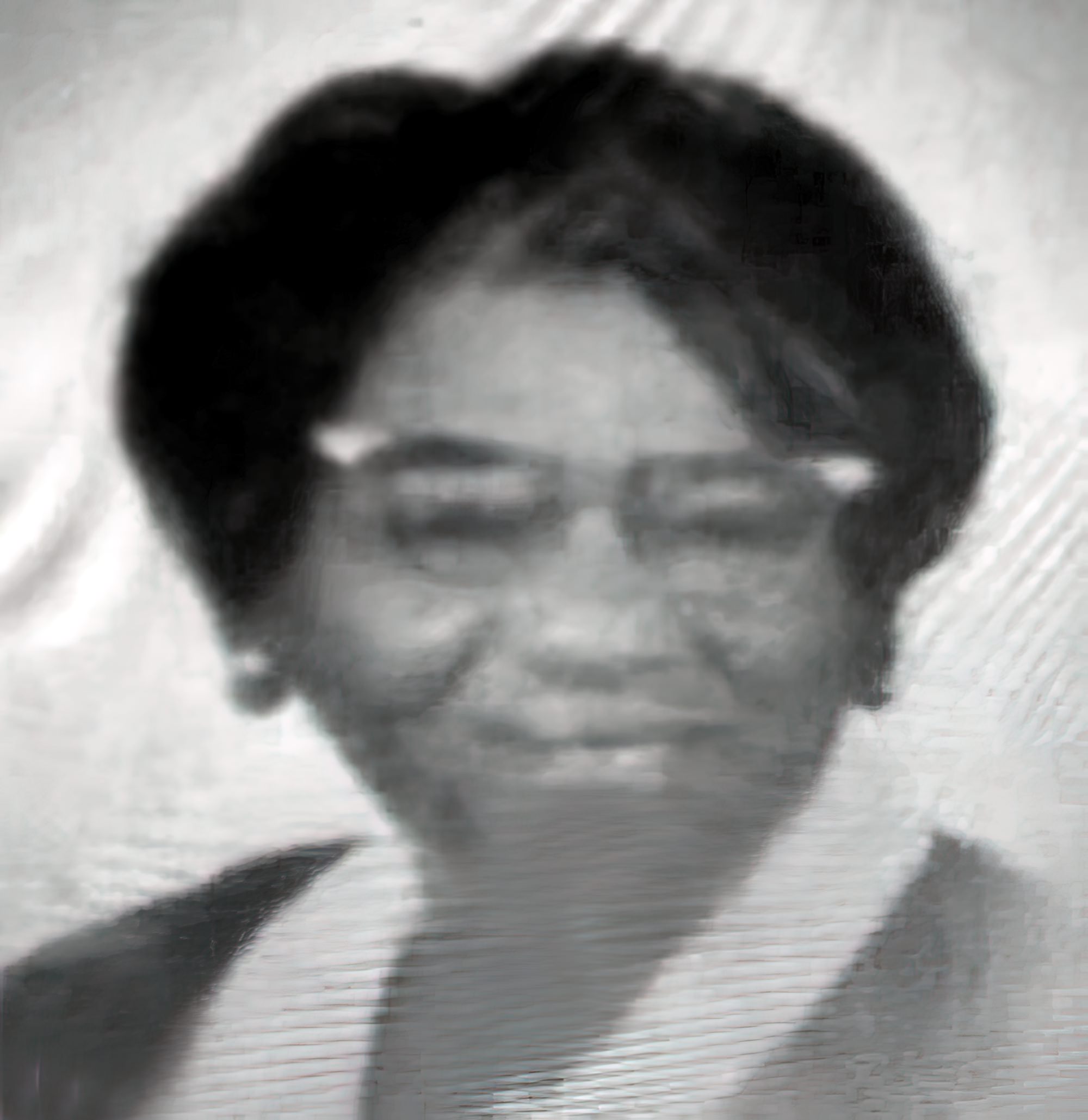 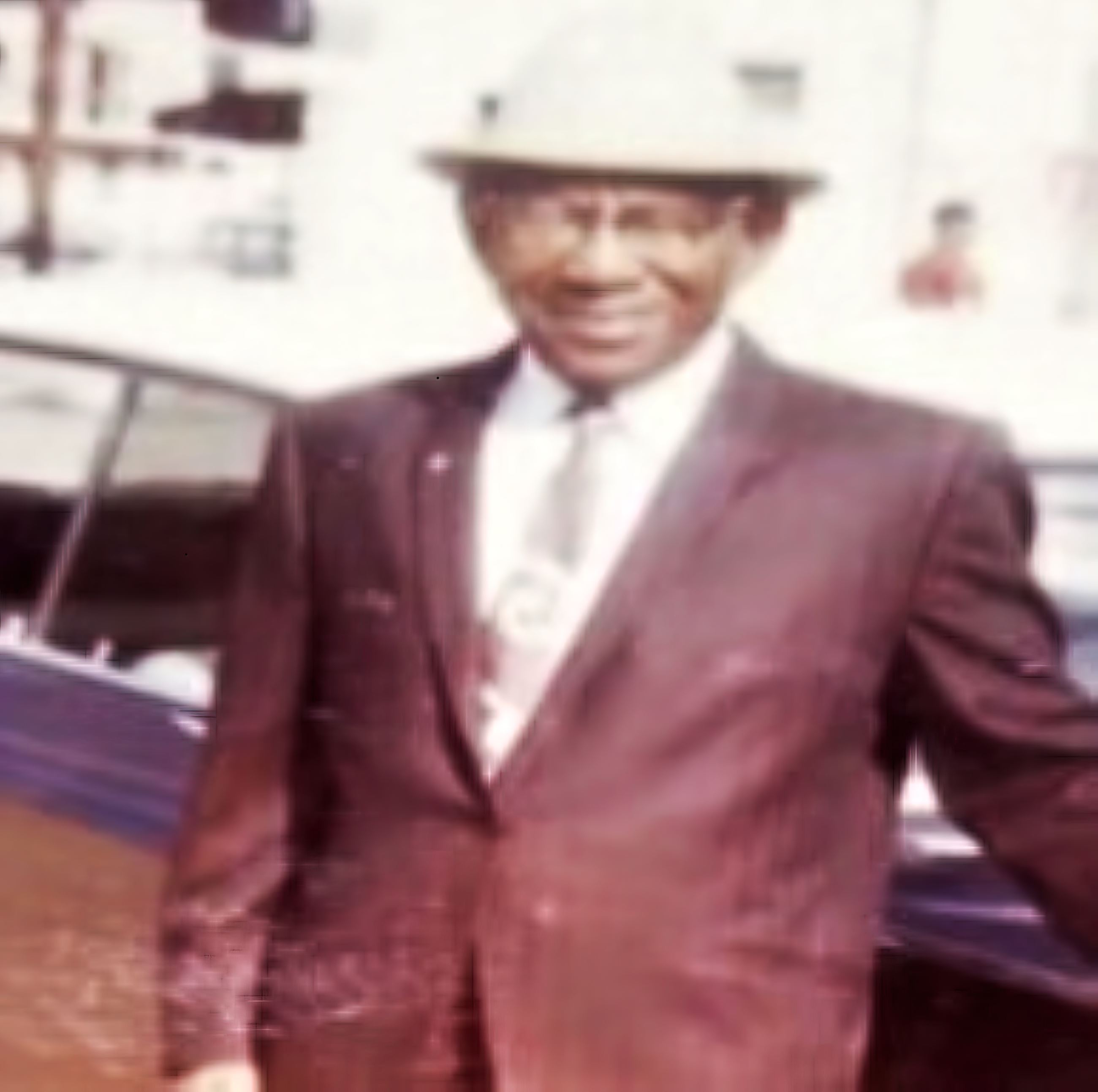 George Thayer was a businessman who operated George’s Place for 30 years. He was a founding member of the Westside Business and Professional Association and a life member of the NAACP.

At a time when prejudice and discrimination against African-Americans were on the rise following the collapse of Reconstruction, Tolliver was able to overcome those obstacles. Between 1879 and 1881, the town council repeatedly awarded him road building contracts, the largest coming in 1881 when Daytona accepted his bid to construct a portion of Ridgewood Avenue, Daytona’s main thoroughfare which later became U. S. Route 1. Undoubtedly his expertise was widely respected; although, it helped that he underbid his closest competitor by $100.