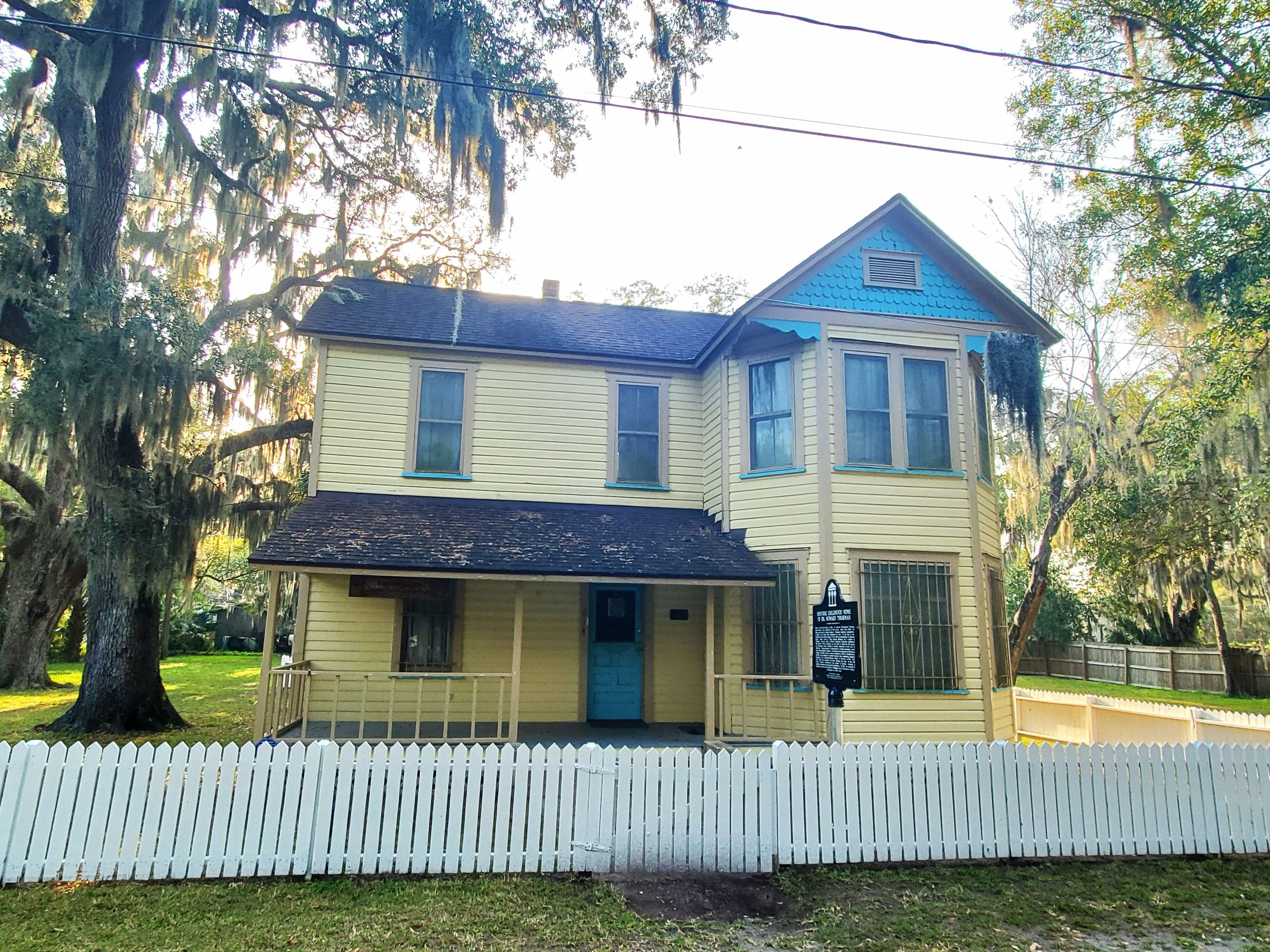 Born on November 18, 1899, Howard Thurman lived in this home until he moved to Jacksonville to attend the Florida Academy Baptist High School, the closest high school available to black Daytonans in the 1910s. Thurman received his undergraduate degree from Morehouse College, in Atlanta, Georgia in 1923 and was ordained a Baptist minister in 1925 after graduating from Colgate-Rochester Theological Seminary. In 1928, he returned to Atlanta to serve as director of religious life and professor of theology at Morehouse and Spelman colleges, and in 1932 was appointed dean of Rankin Chapel and professor of systematic theology at Howard University.

While on sabbatical from Howard University, Thurman traveled to Burma, Ceylon and India where he established a friendship with Mahatma Gandhi. Thurman was appointed dean of Marsh Chapel at Boston University in 1953, and after his retirement from Boston University in 1965, he returned to The Church for the Fellowship of All Peoples in San Francisco, America's first interracial church, which he founded in 1944.

Thurman was the author of over 20 books and provided spiritual guidance for the civil rights movement. He was a mentor for many of the movement's key leaders including Dr. Martin Luther King, Jr. and Vernon Jordan. Named a, 20th century saint by Ebony magazine, Thurman was selected as one of America's 12 outstanding preachers in a nationwide poll conducted by Life magazine.

He returned to Daytona Beach in 1963 to give the commencement address at Bethune-Cookman College. At that time, Daytona Beach officials organized a parade in Thurman's honor and presented him with a key to the city.