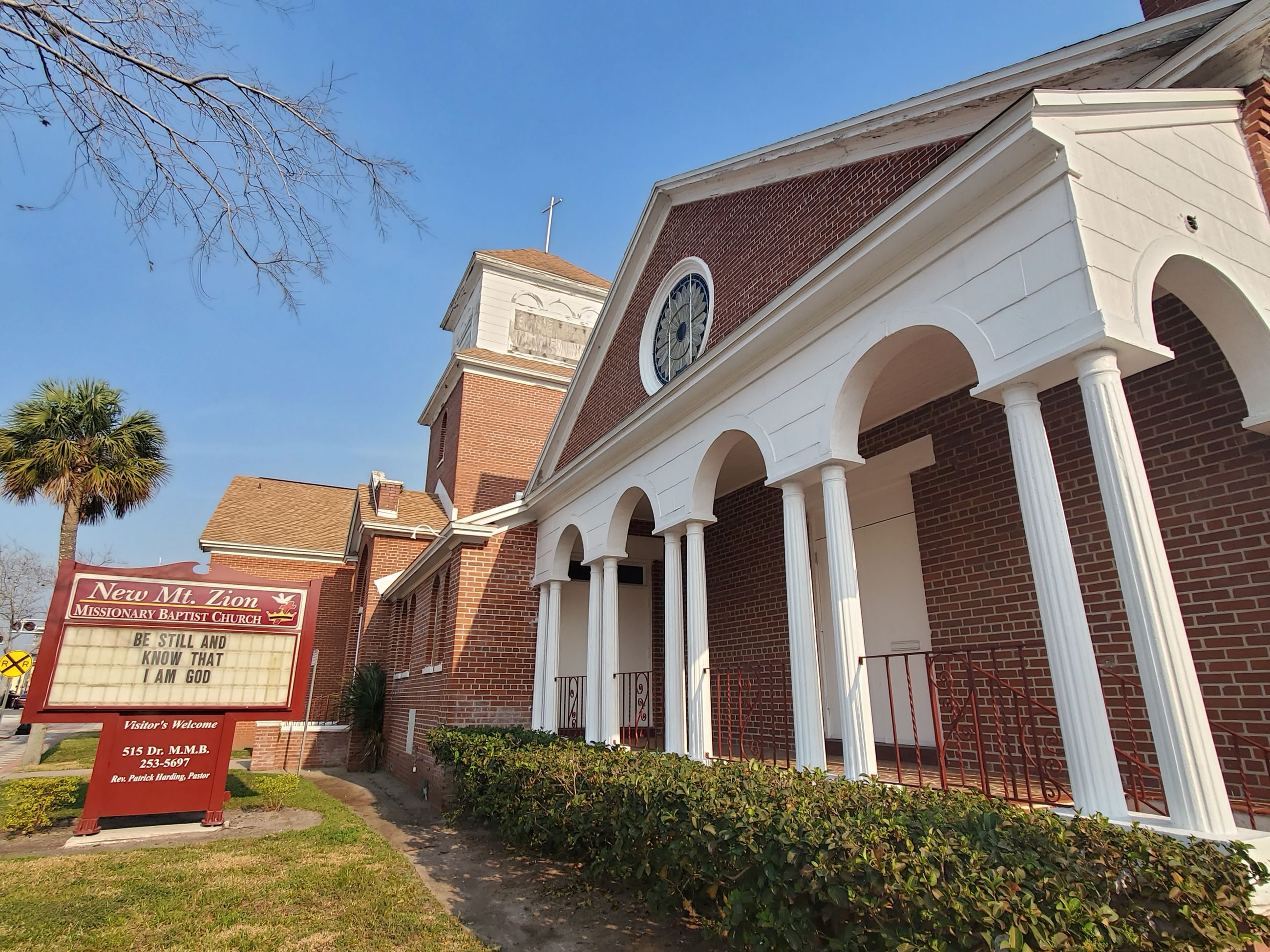 Black Baptists in Daytona initially attended Mount Bethel Baptist Church, founded in 1885 in Waycross, a black community on the city's south side. In 1898, Mount Zion Baptist Church was organized in Midway to meet the needs of the city's rapidly growing north side African-American population.

Church members first met in an enclosed portion of a saw mill. However, under the leadership of Mount Zion's first minister, Reverend Walter Jones, a small structure resembling a house was soon erected. After a fire heavily damaged this structure, a new building was completed in 1910.

Continued growth and prosperity led to the construction of the current building during the 1940s under the leadership of Reverend George O. Sumner. A distinguishing characteristic of the church edifice is the numerous ornate stained glass windows. During the late 1960s, the church purchased additional property, and a new parsonage was constructed on Oak Street. The Education Building, which housed the Sunday school and auxiliary activities, was completed in 1989 and dedicated in memory of Reverend George Sumner.