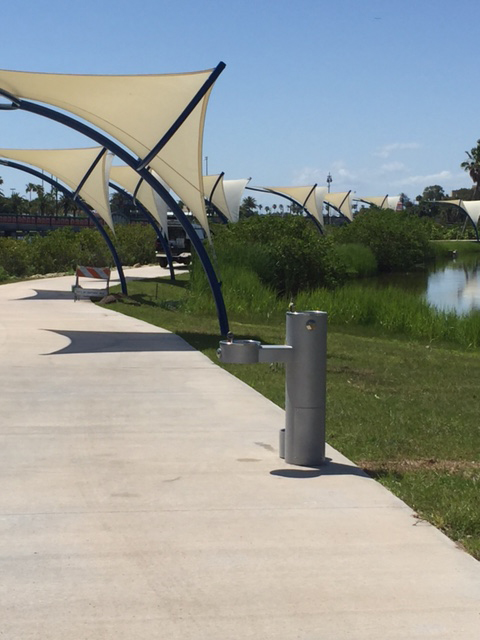 The "Sweetheart Trail" is a multi-use pathway for traffic-free travel that offers such amenities like contemporary shaded awnings which complement the beauty of Daytona Beach's riverfront. The "Sweetheart Trail" runs along the Halifax River, which has always been a major transportation corridor and economic resource for the Daytona Beach area. Across from the trail, in the city's downtown area, there many trendy and unique eateries and boutique shops. The trail is part of Daytona Beach's section of the East Coast Greenway, a 2,900-mile-long shared-use trail between Calais, Maine, and Key West, Florida. The trail enters Daytona Beach at Sickler Park, under the Seabreeze Bridge, and continues south to Beville Road (see map (PDF)). By using existing sidewalk where possible and strategically finding state grant dollars, the project has made rapid progress and future sections are now in the design phase.

What's in a name?

During the Industrial Revolution and the golden century of yachting, the warm waters of the Halifax River enticed a northern, wealthy business magnate, Charles Grover Burgoyne and his wife Mary Therese MacCauley Burgoyne to retire to Daytona Beach in 1894.

The "Sweetheart Trail" is named after the 75-foot yacht owned by the Burgoynes. The Sweetheart was built from cypress and pine in 1898 on City Island, providing jobs during hard economic times.

The Sweetheart frequently cruised the Halifax River, departing from what is now the Magnolia Street Bridge. Charles Burgoyne, who was also mayor and commodore of the Halifax River Yacht Club, was often seen with friends in the early morning hours having breakfast aboard the Sweetheart while enjoying the romance and adventure of the river.